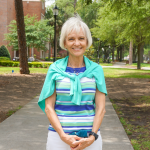 Debra Anderson’s journey at the University of Florida spans 26 years and is influenced by the dedicated staff she met along the way and her drive to create a support unit for UF’s international students.

Renewing connections with the UF Asian Faculty and Staff Association 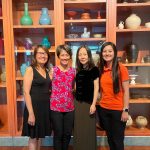 In January 2021, four women representing UF’s Asian faculty and staff came together seeking to not only revive AFSA but to build upon its foundation. 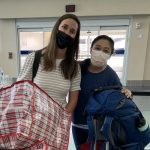 UF Health Jacksonville psychiatrists made a whirlwind, weekend-long trip to a Polish city near the Ukrainian border to hand-deliver four large suitcases full of surgical supplies to a convent helping Ukrainian refugees. 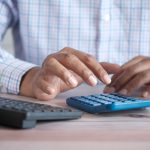 Improving your financial literacy can help create a sense of stability that ultimately leads to a healthier lifestyle.

Explore available resources and steps to consider to enhance your financial literacy.

How PHHP women leaders built a tradition of excellence 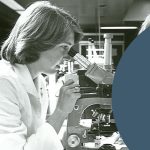 In 1958, three women served as the founding leaders of the first three departments in the College of Public Health & Health Professions (PHHP). 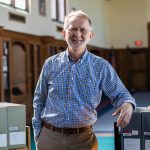 In 1984, Carl Van Ness joined UF’s library staff, later becoming the university archivist. He will retire this June after 38 years of service.

The Association for Academic Women: Carving an equitable path for future generations 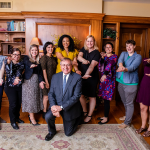 “There was a wonderful article printed in the old Ms. magazine by a woman who said, ‘what I need is a good wife, because when I get home, I still have to cook and clean and take care of the kids,’” recalled Irene Thompson, the first director of the UF Women’s Studies Program, in a 2003 interview with the Samuel Proctor Oral History Program.

For Thompson, the quote exemplified the types of hardships women at the University of Florida experienced in the 1970s due to a lack of equity and representation within the workplace. Thompson was acutely aware of these issues — not only as one of the few female faculty members at UF, but also as a member of the Committee to Study Opportunities for Women at the University of Florida, launched in 1971 by then President Stephen C. O’Connell. 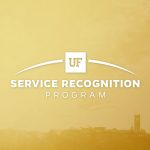 Before presenting each recipient with a commemorative plaque, Fuchs and Lane delivered remarks highlighting how the work and dedication from the attendees helped contribute to UF’s success.

The Association of Black Faculty and Staff: Advocating through action 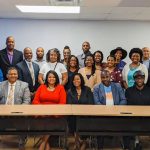 In a Samuel Proctor Oral History Program interview conducted in 2011, Distinguished Service Professor Carlton Davis, Ph.D., recalled the words of his mentor Professor Glenn Johnson as, in 1970, Johnson persuaded Davis to join the University of Florida rather than accept positions at other organizations he was considering. 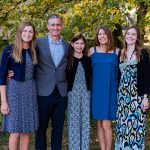