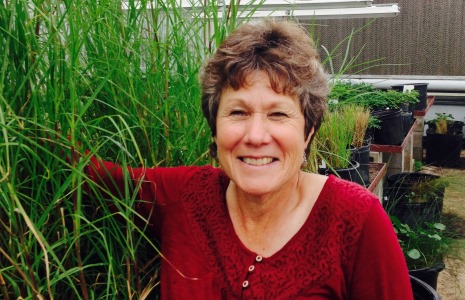 Ann Blount, a forage breeder at the IFAS North Florida Research and Education Center in Quincy for 30 years, was recently named Woman of the Year in Agriculture for 2019 by Commissioner of Agriculture Adam Putnam.

Blount has made numerous discoveries and advances in her field, including the discovery of UF-Riata, a bahiagrass with a long growing season. She has also contributed to the development of 76 forage cultivars and germplasms. She is known across the state for visiting ranches.

“Blount says she’s now serving her third generation of producer clients and counts many of them as her close friends,” wrote Jack Payne, senior vice president of Agriculture and Natural Resources in an email announcing the distinction. “Among them is Jim Handley, executive vice president of the Florida Cattlemen’s Association, who was one of Blount’s nominators. Handley wrote that Blount’s work has helped the cattle industry across the Southeastern United States.”

Blount will be presented with the award at the 2019 Florida State Fair in Tampa in February.