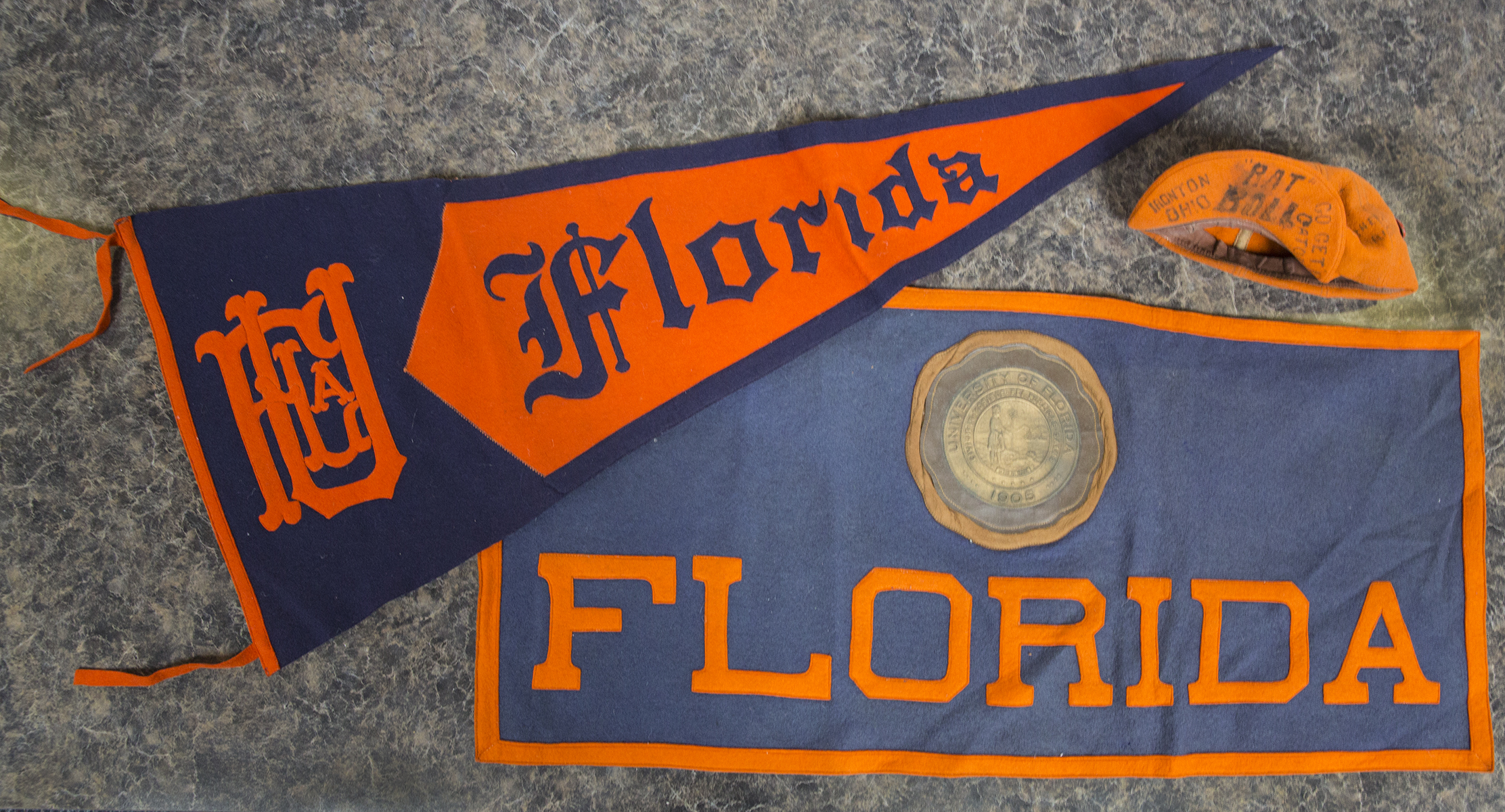 When Kathy Carney and her son, Ryan, purchased three old drums for $5 in a thrift shop in West Virginia last spring, they had no idea of the UF memorabilia they would find. One of the drums contained a pair of men’s wool pants, and under the pants were hidden treasures, including a UF pennant, a rectangular banner displaying the university seal and a freshman beanie “rat cap” with a student’s graduation year, 1933.

The Carneys decided to donate the items to the University Archives at the George A. Smathers Libraries. According to university historian Carl Van Ness, the items are all pre-1930, and the rat cap and pennants pre-date those already in the archives’ collection.

“The triangle pennant is something I have only seen in photos,” said Van Ness. “The condition of everything appears to be excellent, and they must have been stored somewhere dark as there is no fading.”

The UF rat cap had “Rat Boll” and “Ironton Ohio” handwritten on it. Van Ness researched the name and found Charles Edward Boll, who was admitted to the College of Arts & Sciences in academic year 1929 to 1930. He did not appear on subsequent student registers.

Carney continued searching for Boll and found he married a young woman from Ironton shortly after leaving UF and died in 2005 at the age of 97.

See the memorabilia for yourself in this video.