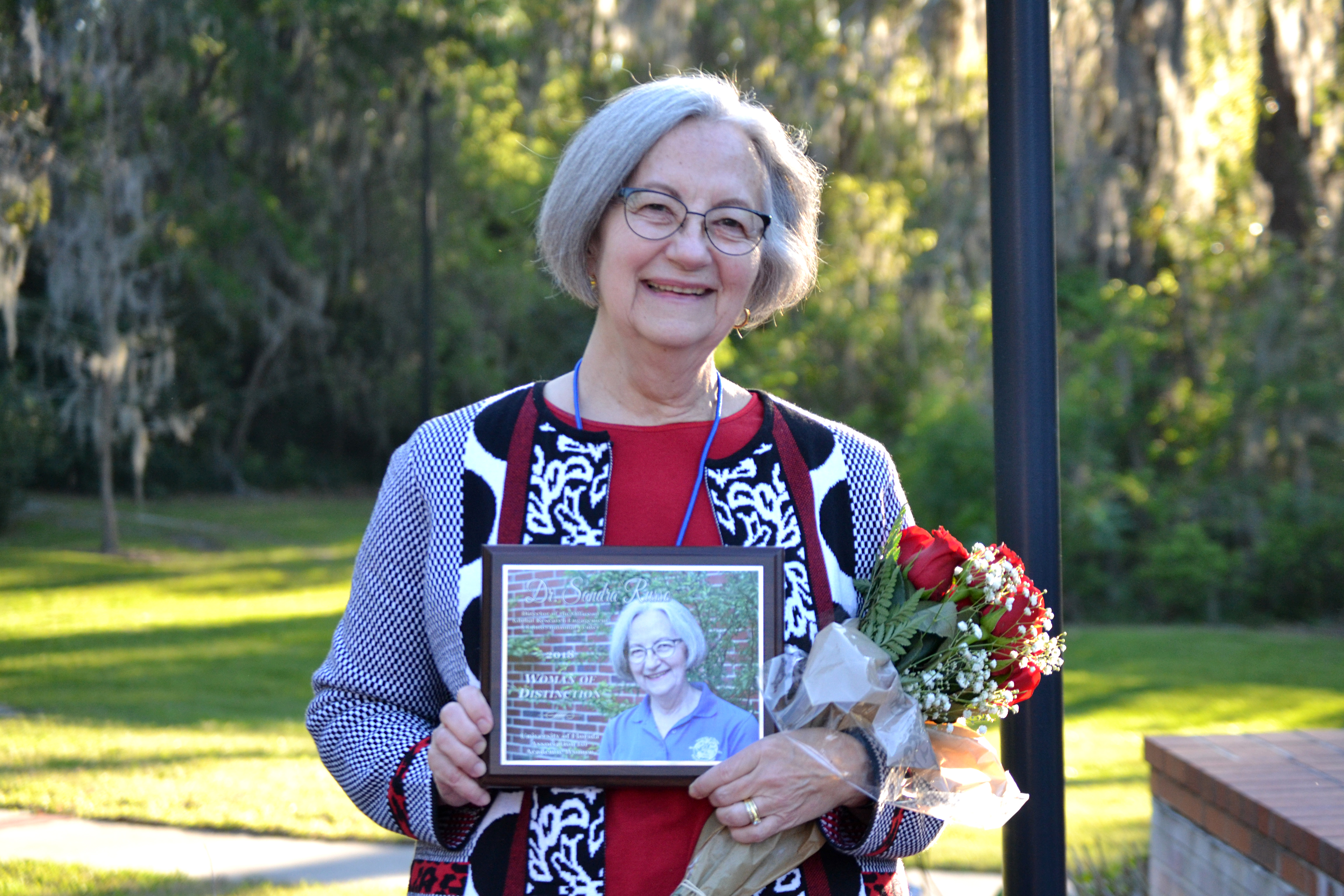 Sandra L. Russo, director of the Office for Global Research Engagement (OGRE) at the University of Florida’s International Center (UFIC), was recognized by the UF Association of Academic Women (AAW) as the AAW Woman of Distinction for 2018. Russo was recognized at a Women’s History Month Awards reception last month.

The Woman of Distinction Award is given to a UF faculty member or administrative/professional who has made significant contributions to the quality of life of women. At UF, Russo was one of the co-founders of the Center for Women’s Studies and Gender Research. She continues to teach courses on gender and development at UF and supervise and mentor students. In 1996-99, she was the principal investigator (PI) for a USAID Women in Development Fellows program, WorldWID, which included a grant of $2.3 million.

Russo has been PI or co-PI on numerous USAID and National Science Foundation (NSF) projects that involve research, international development and graduate students, including a 10-year project in the Middle East on water and livelihoods. Russo has included UF faculty, graduate students and staff to encourage their engagement and scholarship in developing countries. In total, she has secured more than $31 million in funding to UF.

An agronomist and animal nutritionist by training, Russo has worked in international development in Sub-Saharan Africa, Latin America and the Middle East since 1981. She was an American Association for the Advancement of Science Fellow with the US Agency for International Development and worked as a gender advisor to USAID from 2000 to 2008. She has led research projects on gender and climate change in Africa, gender and livelihoods in the Middle East, and gender transformation with WorldFish. Her interdisciplinary research focus involves integrating gender into agricultural, environmental and natural resources management. She serves or has served on numerous advisory councils for UF programs and centers, on Senate committees and on search committees for faculty and staff.