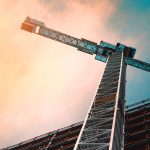 Last month, the Department of Labor announced a change to the Fair Labor Standards Act (FLSA) that will take effect Jan. 1, 2020. The department expects the changes to FLSA will extend overtime pay protections to more than 1.3 million workers.

Due to a recent federal injunction, proposed changes in federal overtime rules, via the Fair Labor Standard Act, are on hold.

As previously covered in UF at Work, changes to the Fair Labor Standards Act (FLSA) will result in a significant number of positions becoming eligible for overtime pay when time worked exceeds 40 hours in a week. These changes will go into effect on Dec. 1 and are expected to affect upwards of 1,300 employees, primarily staff.

For those who would like more detailed information about upcoming FLSA changes, Human Resource Services will host an information session on Friday, Oct. 28, at 1:30 p.m., in Room 120 of the HR Building.

On May 18, President Obama and Department of Labor (DOL) Sectary Thomas Perez announced the publication of the DOL’s final rule updating the Fair Labor Standards Act (FLSA). The DOL expects that the changes to the FLSA will extend overtime pay protections to more than 4 million workers.