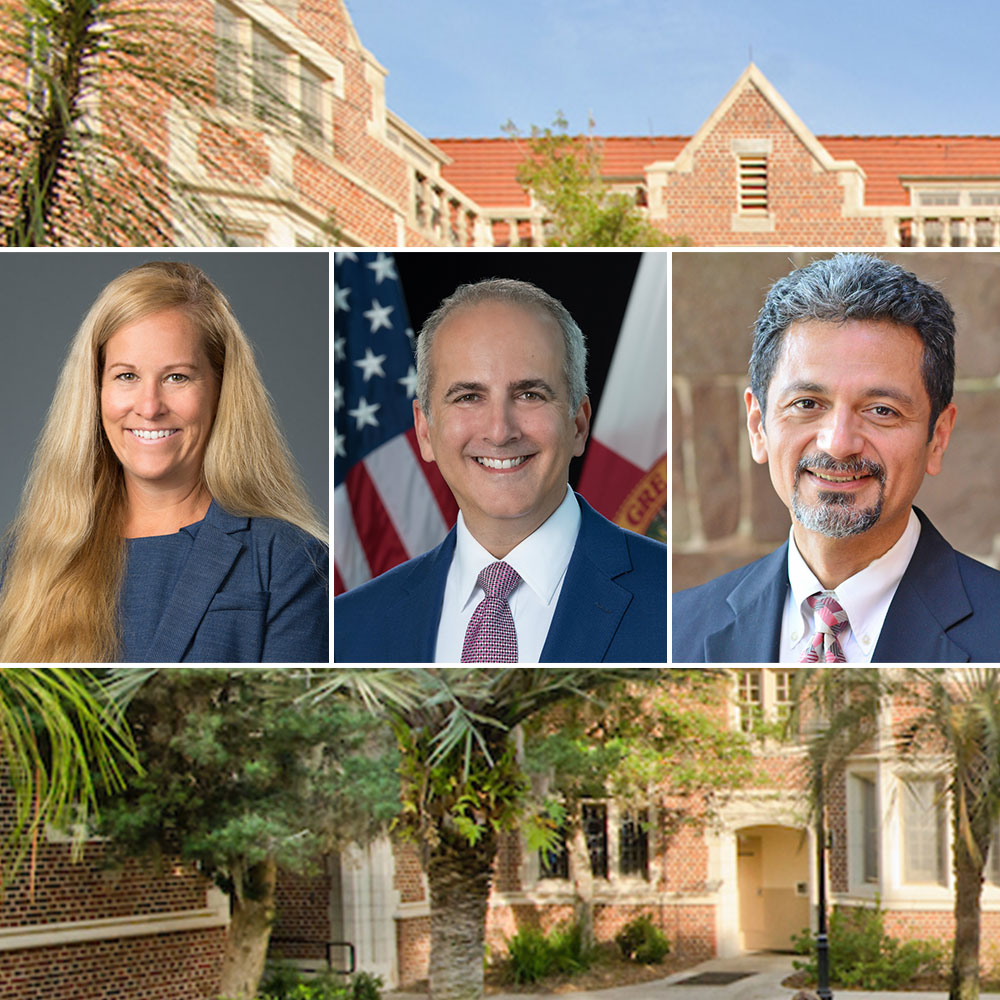 Earlier this year, UF launched national searches for four Cabinet-level positions: Chief Diversity Officer and Senior Advisor to the President; Vice President and General Counsel; Vice President for Government and Community Relations; and Vice President for Strategic Communications and Marketing. The university recently announced appointments for three of the four positions, while the fourth search is ongoing.

Antonio Farias, Vice President for Equity and Inclusion and the Title IX and Section 504 Officer at Wesleyan University, has been selected as UF’s first Chief Diversity Officer and Senior Advisor to the President. His first day at UF will be July 9.

Prior to his time at Wesleyan, Farias served as chief diversity officer for the United States Coast Guard Academy.

“I am confident his strong background will position Antonio to have a positive and lasting impact on the University of Florida, and I am pleased to have him join us as our first-ever CDO,” said UF President W. Kent Fuchs. Learn more.

Following a national search, Amy Hass was selected as Vice President and General Counsel. Hass has been part of the Office of the General Counsel since 2006 and has served as interim vice president for the past year.

Prior to joining UF, Hass was a litigator with Sutherland Asbill & Brennan LLP in Atlanta and New York. While in private practice, she represented financial services companies and individuals in a wide range of government enforcement proceedings, civil litigation, white collar criminal defense, arbitrations and internal corporate investigations. Learn more.

Previously, he served as the global head of Public Affairs and chief communications officer for The Mosaic Company. He also served as chief-of-staff to Governor Jeb Bush and executive director of the Florida Housing Finance Corporation. He is the current chair of the Barbara Bush Foundation for Family Literacy. Learn more.